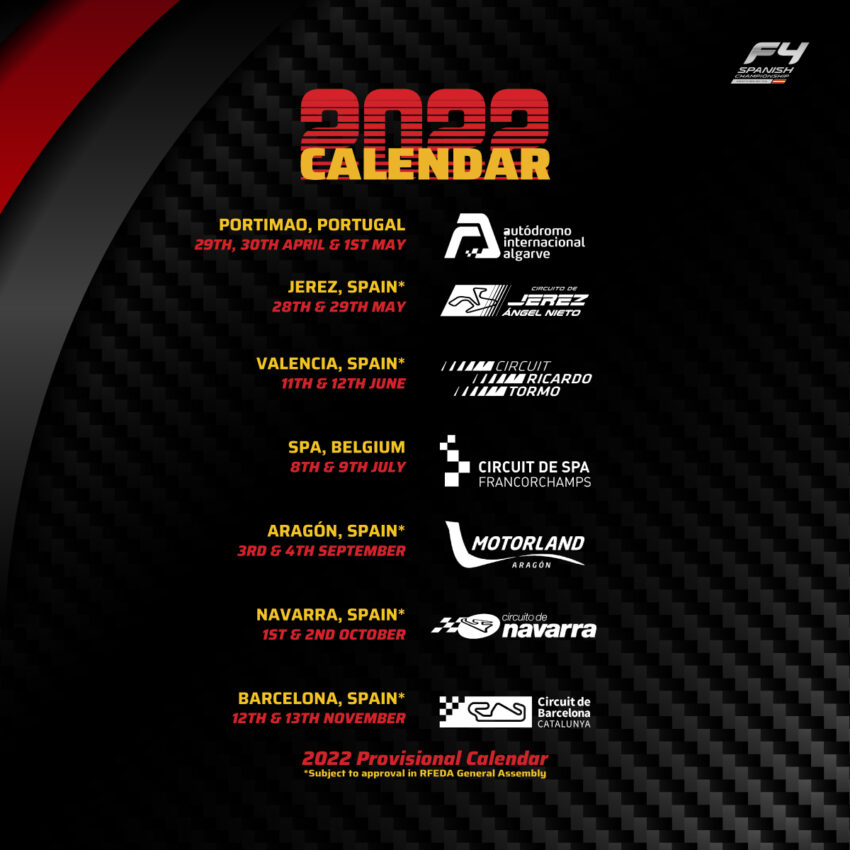 Portimao, Jerez, Valencia, Spa-Francorchamps, Aragón, Navarra, and Barcelona will be the venues of the Spanish Formula 4 Championship events for the 2022 season, in what will be a re-edition of the 2021 calendar with 7 events and 21 races.

Thus, the competition is committed to continuity in terms of locations after the success and good reception of the course that has just ended and which, together with the new single-seater and the competition bases that will be launched next year, will allow the Spanish Formula 4 Championship to establish itself as a world reference in its category.

The engines will roar again on 29, 30 of April and 1 May. The Autodromo Internacional do Algarve will be in charge of kicking off the 2022 season. The Portuguese track is back on the calendar for the second year in a row after having fallen off the calendar in the 2020 season due to the pandemic after being a regular fixture since 2018.

One month after the Algarve event, it will be the turn for the first event in the framework of the RFEDA Racing Weekend. On the weekend of 28 and 29 May, the Circuito de Jerez-Ángel Nieto will host Round 2. Its 4.4 kilometres provided in 2021 the only hat-trick of victories in the hands of Dilano Van’t Hoff.

Two weeks later, with hardly any rest, the riders will face the third round of the year. On 11 and 12 June, the Circuit Ricardo Tormo will be on the scene. The 14 corners and 4 kilometres of the Valencian track saw Sebastian Ogaard sign his second double of 2021 and in 2022 will be the prelude to the halfway point of the season.

The fourth round of the championship will be hosted by one of the most iconic circuits in the world of motorsport. The Circuit de Spa-Francorchamps will be, for the second consecutive season, the main attraction in the Spanish Formula 4 Championship. After breaking into the championship in the 2021 season, its demand, history and speed will put the drivers to the test again on 8 and 9 July.

The Circuito de Navarra will host the penultimate round of the championship on 1 and 2 October. Unlike in 2021, where it was the second venue, the Los Arcos track will be one of the key venues in the fight for the different titles in 2022.

Finally, as has been the case in the last few seasons, Circuit de Barcelona-Catalunya will be in charge of putting the finishing touch to the course on the weekend of 12 and 13 November.

Round 1: Autodromo Internacional do Algarve (Portugal) / 29th and 30th of April and 1st of May. 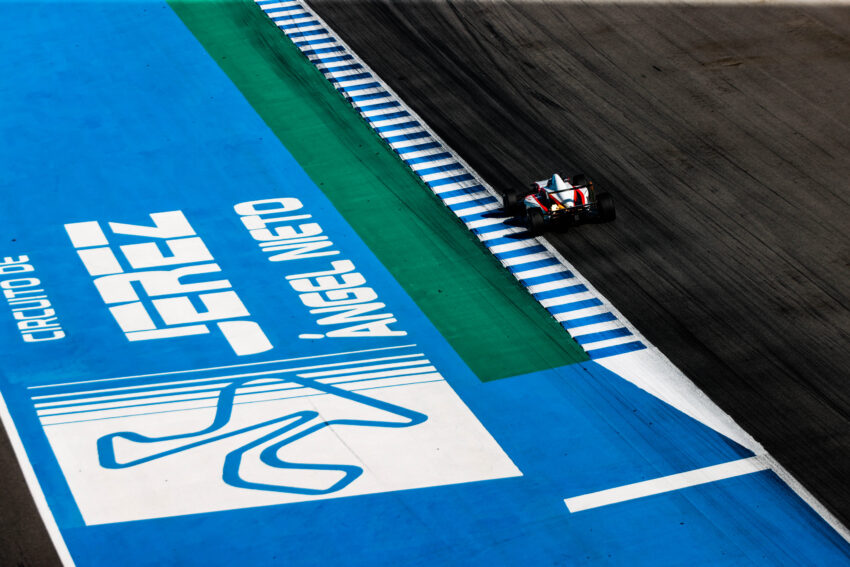 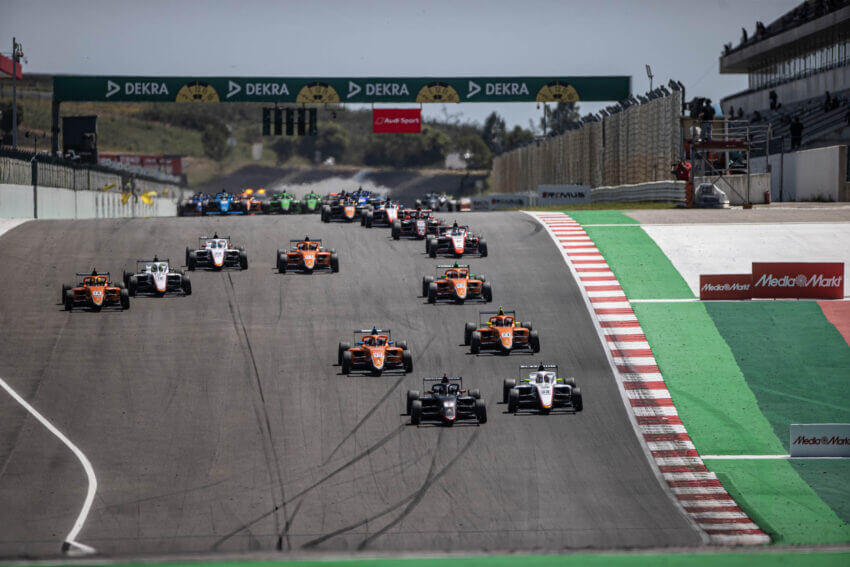 F4 Spanish Championship lands in Jerez for Round 2 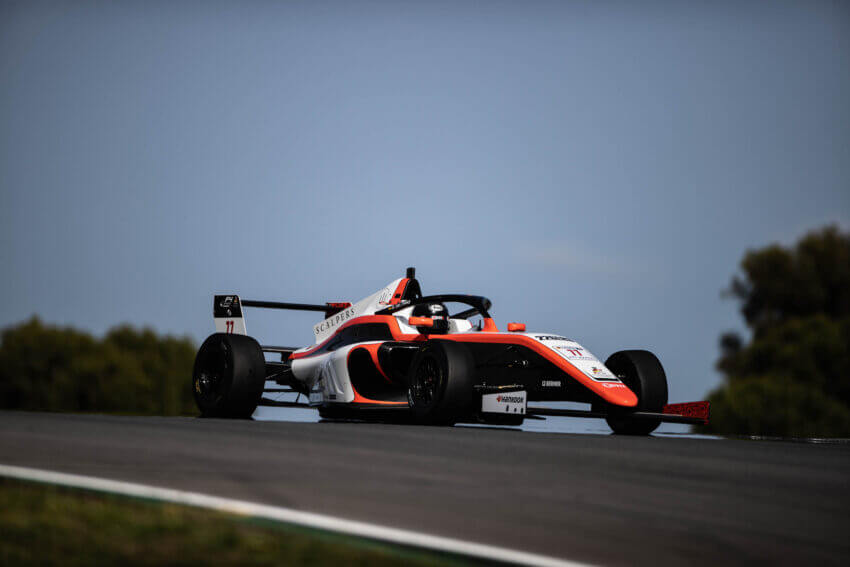 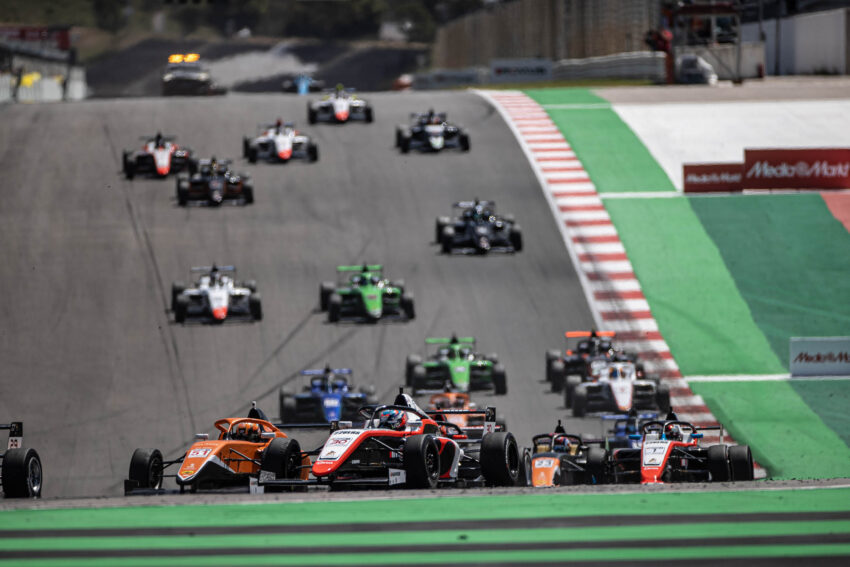