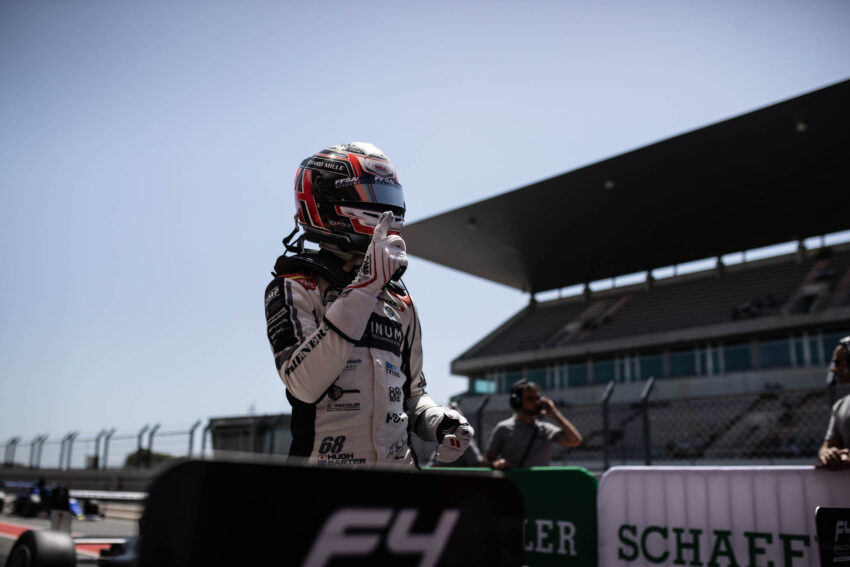 The Australian driver took the 25 points after a tight fight in which up to four drivers battled for the first win of the season.

The 2022 F4 Spanish Championship season could not have started in a better way in Portimao, with a great race from lights-to-flag in which the battle for the top step of the podium went to the last lap and with Australian Hugh Barte, from Campos Racing, as the winner.

Even before starting Race 1 we had the first penalty of the season: Bruno Del Pino, who qualified P10, would start in last position for overtaking during full course yellow period. The driver from Drivex made a great comeback to finish P15 in his F4 debut.

It was tough for Campos Racing too when Poleman Nikola Tsolov stalled his car at the start and even solving the problem, he was already at the back of the pack. Nevertheless he crossed the finish line in P14 after a nice comeback, confirming that his pace from practice and qualifying was real.

Apart from Tsolov's mistake, everything was going normally on the top group. Hugh Barter, who started in third position, took the lead of the race, followed by Timoteusz Kucharczyk and Valerio Rinicella. The Australian, the Polish and the Italian gradually managed to open a huge gap with their rivales, setting a pace of 1:46.

Then Kucharkzyk attempted to overtake Barter in lap 8. He set it up on the main straight, to finish the job on the outside of turn 3. Undoubtedly the best overtaking of the race, but it only lasted a few meters, because Barter regained the lead in turn 5. Meanwhile, Rinicella did not lose any ground and remained P3, watching out for any possible mistake.

Then we had one of the most tense moments of the race in lap 9: Kucharkzyk and Barter were fighting wheel-to-wheel and a slight touch between them happened, which did not prevent the two from still in race but Campos' driver lost ground against the two drivers from MP Motorsport.

Rinicella's joy was short-lived, because Barter overtook him again on the main straight and his teammate Inthrapuvasak took advantage of this battle to overtake him as well. In addition, the Italian driver had to pit at the end of that lap losing any chance of victory.

It was a 3-way battle for the win with Kucharkzyk, Barter and Inthrapuvasak with just 7 mins to go. The Polish had a 2-sec gap over his rivals but Barter didn't give up and manage to recover P1 in lap 13.

Kucharczyk's tyres went down and Inthrapuvasak took advantage of this to take P2 after the Polish driver missed the braking point in turn 5.

So Barter took his first win in F4 Spanish Championship with Inthrapuvasak in P2 and Kucharczyk in P3 as best rookie. Pingasov was P4 and Gael Julien, who started from P12, completed the Top-5 while Fastest Lap of the race was for Nikola Tsolov. 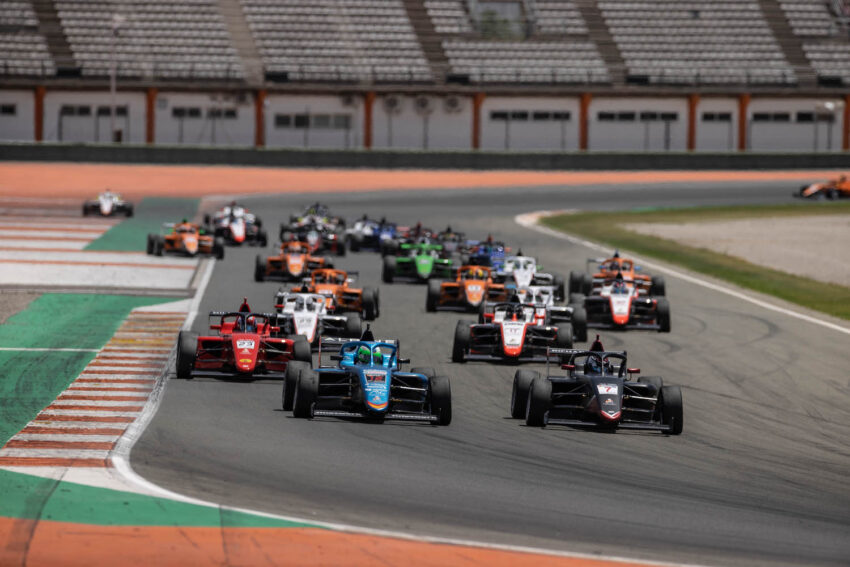 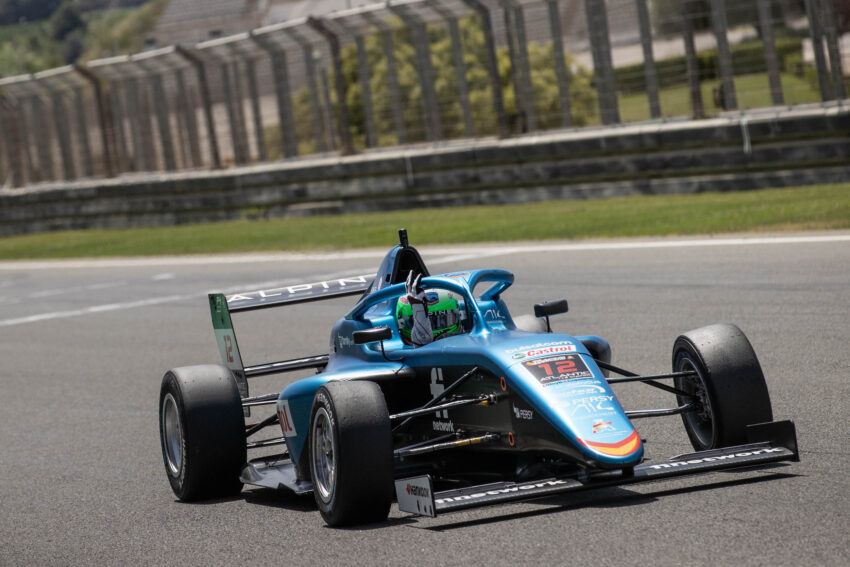 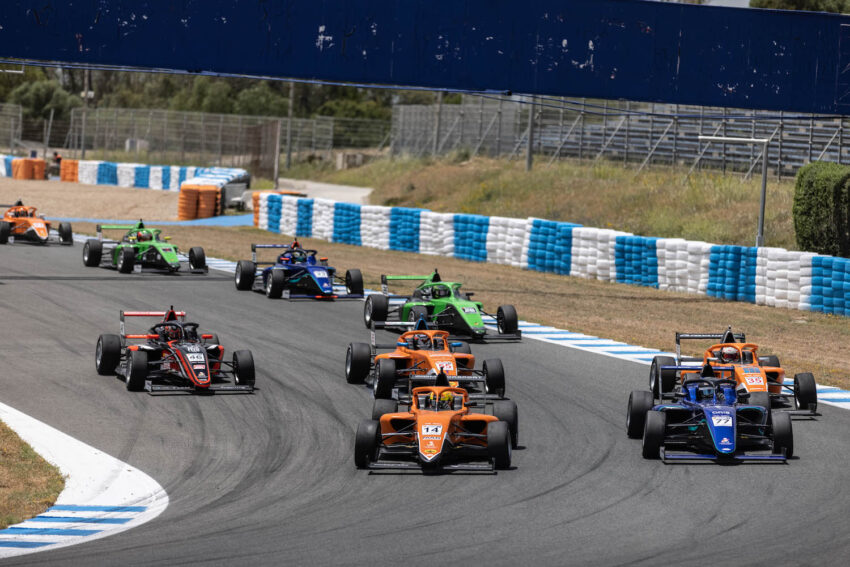 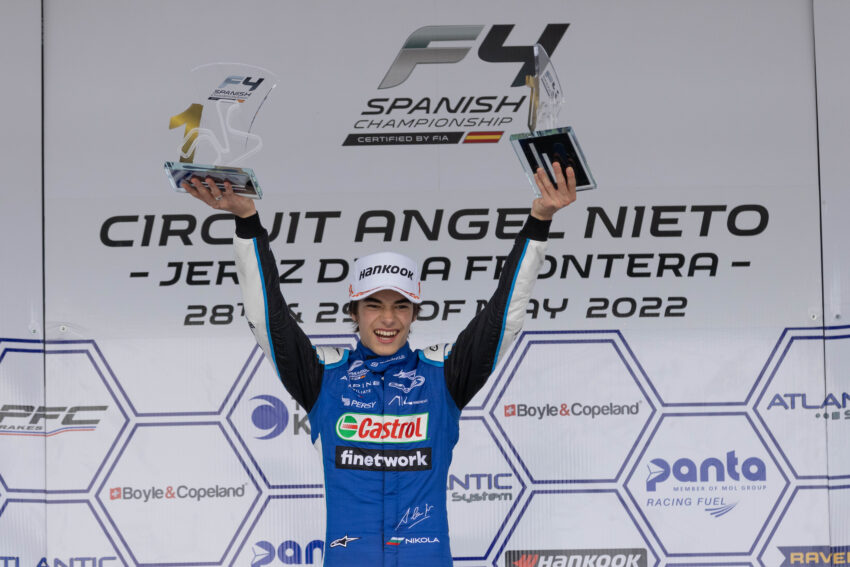